A team of researchers led by the Spanish National Research Council (CSIC) has discovered a large fossilized galleries, up to 5 meters in length and 15-20 centimeters in the Parque Nacional de Cabanars (Ciudad Real). diameter, excavated by an unknown organism of soft body and large size.

The traces have an age of 475 million years, which makes them the oldest traces related to giant worms found to date, the CSIC reported in a statement.

“They are burrows dug in the seabed about 475 million years ago by an organism vermiform, mobile, whose galleries ran horizontal a few centimeters deep under the seabed,” explained the paleontologist Juan Carlos CSIC Gutierrez Marco, who directs the excavations.

“He lived buried and covered his galleries with mucous secretions in order to harden them and avoid their collapse, which has facilitated its conservation until today, since it allowed the passive filling by subsequent sediments that fossilized them”, completed the Researcher.

Although the organism that made these traces is not preserved, the length and thickness of the traces, as well as the peristaltic movements that were recorded in the rock, allows to estimate to the investigators that it is a giant worm of approximately one meter of Length and about 15 centimeters in diameter.

The footprints found in Cabanans are not only exceptional for their size, also for their antiquity, 475 million years, in the Lower Ordovician (Era Paleozoic): “These are the oldest traces related to giant worms” he said. 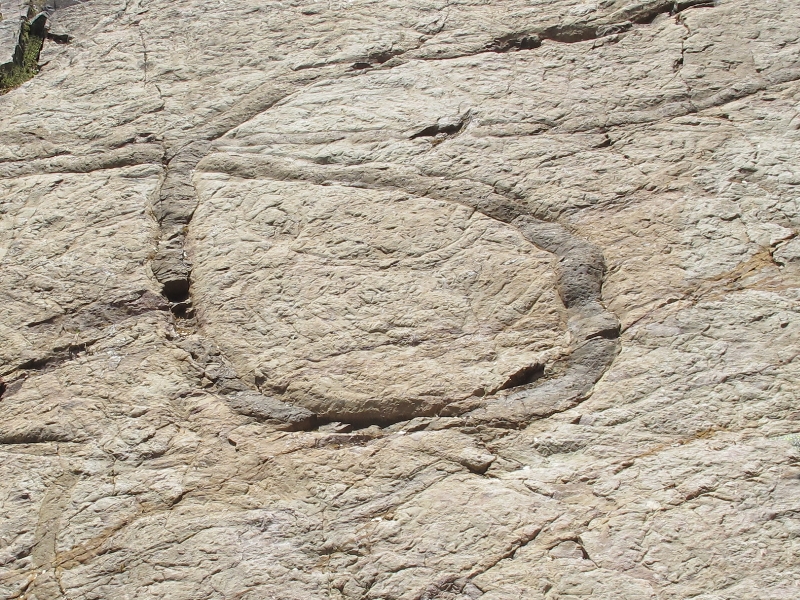 Medieval walk between castles in the south of Toledo