The monastic complex of Santa Maria de Melque, on the outskirts of the population, is presided over by its old church, from the 7th and 8th centuries, being erected at the end of the Visigoth kingdom. It has recently been restored and adapted for its visit, adding a center of interpretation, which explains the history of this historical ensemble. It is also known this church for its connection to the Knights of the Order of the Temple, placing even some ancient legends temporarily in this enclave the legendary table of King Solomon. Many mystery lovers flock to this place attracted by the historical legend. In the vicinity we can also guess some Roman remains.

You can visit them for free.

Also on the outskirts of the town, on the other side of the road, is the castle. Unlike the previous set, it does not have a direct tourist farm, as it is privately owned, so the access to the monument is somewhat more complicated. It is accessed through a dirt road, finished which we will find a chain that will force us to park the vehicle and continue on foot. There is also a sign with a phone to arrange a guided tour if we wish.

The castle is completely secluded from the population, and is not restored. But still, the Convervados remains, allow us to get an idea of the immensity of the original fortress. Like the monastic ensemble is linked to the order of the Temple, since according to the existing documents it was built in the 12th century by the Knights Templar thanks to an assignment of Alfonso VII. It is not possible to visit it at a certain time of the year, as it is within a private hunting ground. 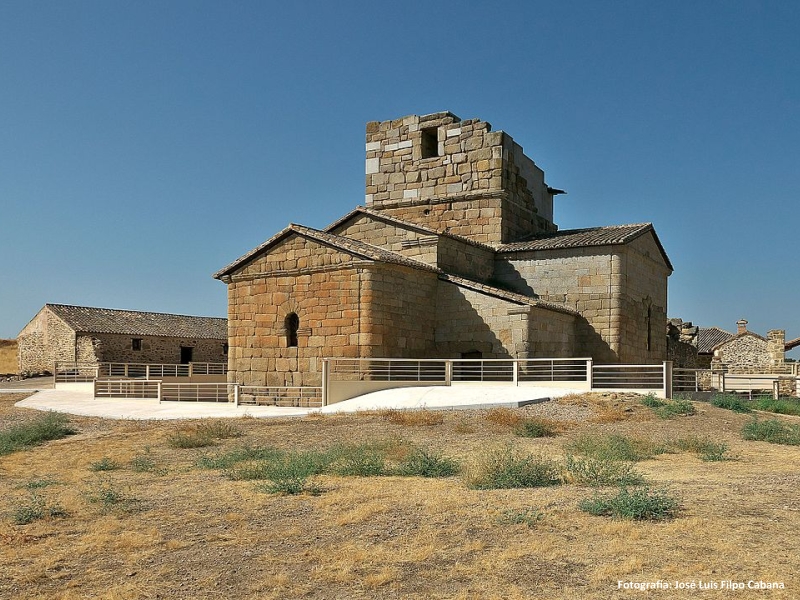