The Official Journal of Castilla-La Mancha (DOCM) publishes this Friday a resolution of the Directorate General of Tourism, trade and handicraft, which gives the title of Festival of Regional tourist interest to the festival: the Pilgrimage of the Milagra of Navahermosa (Toledo ).

Having regard to the documentation contained in the dossier for the Declaration of the Festival of the Pilgrimage of the Milagra, and having seen the favorable report issued for the purpose by the Provincial Directorate of the Ministry of Economy, Business and employment in Toledo, of 18 May 2016 , the Council has agreed to give the declaration to this party, which is held every year in that locality, as Europe Press collects. Every third Sunday of May, the Navahermoseños and many visitors flock to the vicinity of the hermitage of La Milagra carrying the Virgin in procession, to the encounter with the Virgin of the Rosary of Hontanar, who on the shoulders of their devotees will meet the miraculous in the Esplanade, where they will be greeted and will be ovacionadas by the faithful, thus fulfilling an ancient tradition. The neighbors of Navahermosa and Hontanar many centuries ago, after a great drought, they took out in procession to the Virgin of each church and, coupling in the Milagra, the sky was covered with clouds and God rained on its land and its people, putting an end to the famine and to the hardships , according to the city Council of Navahermosa. 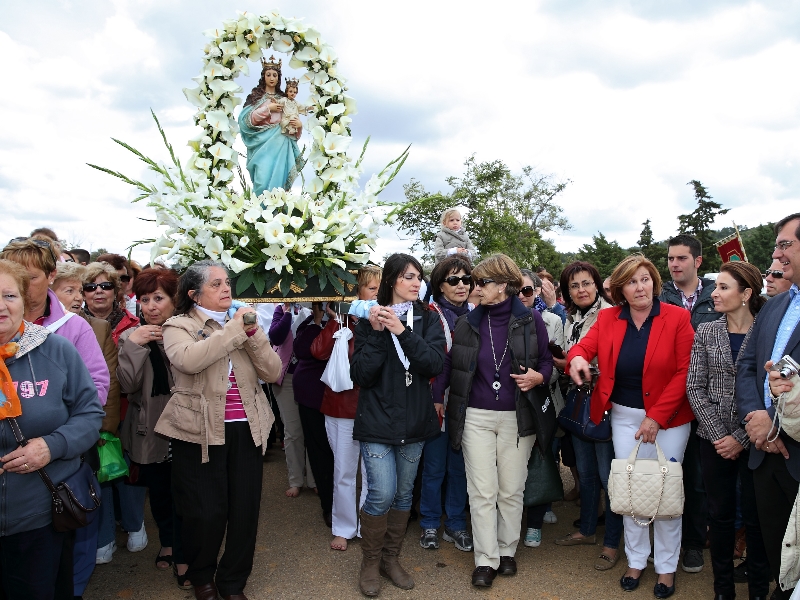