The initiative, in collaboration with the NGO GREFA, has been carried out in the breeding season, in which these birds have been introduced into three primillares built collaboration in these enclaves. This is an experimental project to create colonies of lesser lesser in protected areas and consolidate the breeding population of this species in Spain.

The introduction in the Primillares has been made in the first weeks of the summer through the method ‘ hacking ‘, whereby the birds have completed their breeding in the primillar, which are expected to return after their migration.

This project, promoted by the Ministry, has counted with the collaboration of the National parks of Cabanamen and the tables of Daimiel (dependents of the autonomous organism National parks of the Magrama), of the Regional Park of the southeast and of the Technological Institute Of the Marañosa-attached to the National Institute of Aerospace Technology (INTA) of the Ministry of Defence-, the Board of communities of Castilla-La Mancha, the community of Madrid and the NGO GREFA.

The primillares are towers that have been built in the national parks of Cabanars and Tablas de Daimiel as well as in the Marañosa, a military farm of the municipality of San Martín de La Vega (Madrid) included within the Regional Park of the southeast.

The NGO GREFA has been in charge of supplying the chickens, from its captive breeding centre, in addition to carrying out the introduction of these birds in the three primillares of the project and watching over them until they have been able to fly and feed themselves.

The Lesser Kestrel is a small colonial falcon and its diet is based on large insects and micromammals, so it is well valued as “an ally of the farmer” for its ability to control pests, for example, those of voles.

The goal of the hacking method is that they become familiar with their reintroduction zone so that they can return to it in the future and choose it as breeding territory.

Being a filopátrica species, ie, which tends to settle with the passage of time near where it was born, the surviving specimens will return in the future to raise the primillar.

Once in the primillares, the chickens have been supplied daily with food until they have completed their development and have been able to leave the security of their nest.

In mid-September, they will begin their migratory journey to their winter barracks located south of the Sahara, although a small portion of the Iberian population hibernates in the south of the Guadalquivir Valley.

The primillares designed for this project consist of a modular structure of prefabricated concrete panels that has been installed without a little work, which lowers its cost and allows a very fast construction. They consist of a tower of about nine meters and a square base of 16 square meters.

In the interior walls are housed some 80 nest boxes, which have external entrance adapted to the size of the bird, in addition to being accessible from the interior in order to carry out the tasks necessary to complete the development of the chickens and their subsequent cleaning .

GREFA is an NGO that carries out a wide range of actions in favour of the lesser lesser that have allowed, for example, the birth of 282 chickens in 2016. The fate of these captive-bred birds is to reinforce the species ‘ wild populations or to create new ones. 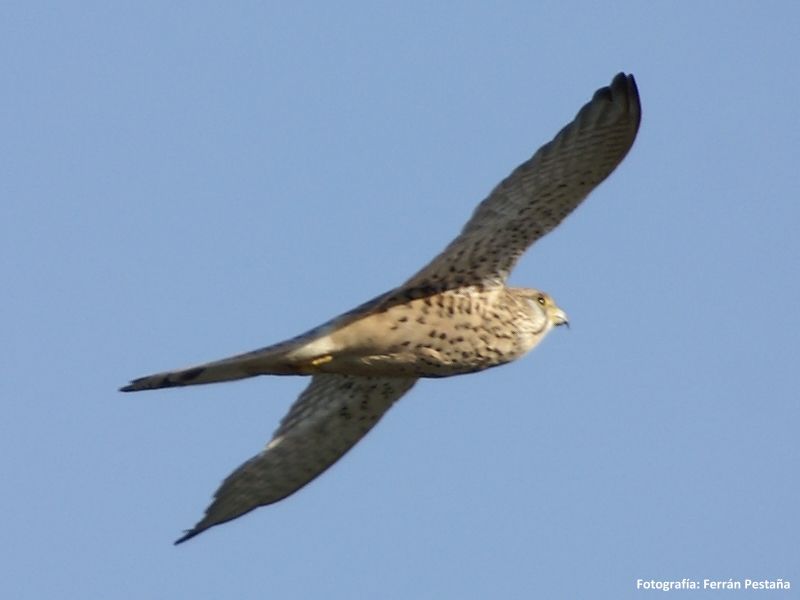 Declared festival of Regional tourist interest The pilgrimage of the Milagr...

The national park of Cabanars will be an increasingly frequent destination of...
Scroll to top