The wintering of the common crane has become one of the great tourist attractions of the national parks of Cabanars and Tablas de Daimiel, which during the winter months host thousands of specimens of these birds arriving in the Iberian Peninsula from the No RTE Europe.

The Common Crane (Grus Grus) is a very popular bird in Europe and also in Spain, where more and more nature lovers who are interested in observing and photographing this species that arrives every year to Spain as one of its wintering places.

This great bird zancudo, nesting in an extensive continuous band of Northern Eurasia, between Scandinavia and eastern Siberia, as well as two isolated nuclei in Turkey and Tibet, according to the study of Ornithologists Archibald and Meine, has become one of the great Tourist attractions of the parks of Cabanaos and Tablas de Daimiel.

In Spain it is estimated that the wintering population of this species exceeds 150,000 specimens, and a good part of them, some 30,000, choose these national parks and other areas of Castilla-La Mancha as feeding and resting areas.

Nature lovers, ornithologists and photographers take advantage of these months to recreate themselves with the observation of the cranes, which in the field are easily identifiable by their enormous stature, their unmistakable trompeteada voice and their continual displacement, That draw on the sky large formations in the form of Vee.

Gloria Rojas Gutiérrez, guide of the National Park of Cabanamen, explains in statements to EFE that his arrival in southern Europe coincides with the ripening cycle of the acorn, "Basic food of your diet that you know will have at your disposal in the large meadows for great Part of the winter. " These birds, remember the guide of the National Park, "have a very definite behavior, remain in the meadows for most of the day, where they find the acorns, although they also go to the already cultivated cornfields or the large extensions of fallow, where they feed on the grain or fresh stalks. "

At night, they look for wetlands near these areas, "where they perceive that the shelter is safer and leaves them safe from any danger," he says. The crane, he says, draws attention to his fascinating journey from the north to the south of Europe. They have a very definite behavior, they stay in the meadows for most of the day.

To get to Spain they use the migratory route called Western, which leads them to cross Germany and France during the months of October and November, to return to their breeding areas between mid-February and March.

In these long trips they travel more than 4,000 kilometers and, sometimes in their travels they reach to the 9,000 meters of altitude, remember the guide of the National Park of Cabanamen.

The cranes are also "fascinating" for nature photography lovers. Its large size, slightly more than a metre high, its ash gray plumage and a prominent red occipital stain make it "coveted treasure" for these photographers.

Rufino Carter, a nature photographer, says EFE that he, like many other birdwatchers, takes advantage of the cranes ' stay to try to capture images that from the aesthetic point of view "are very admired and considered".

The photographers recognize, "We are just some of the people who are interested in these birds, because in the field you also find many families that every morning or every afternoon come to observe them, as a way to enjoy nature." 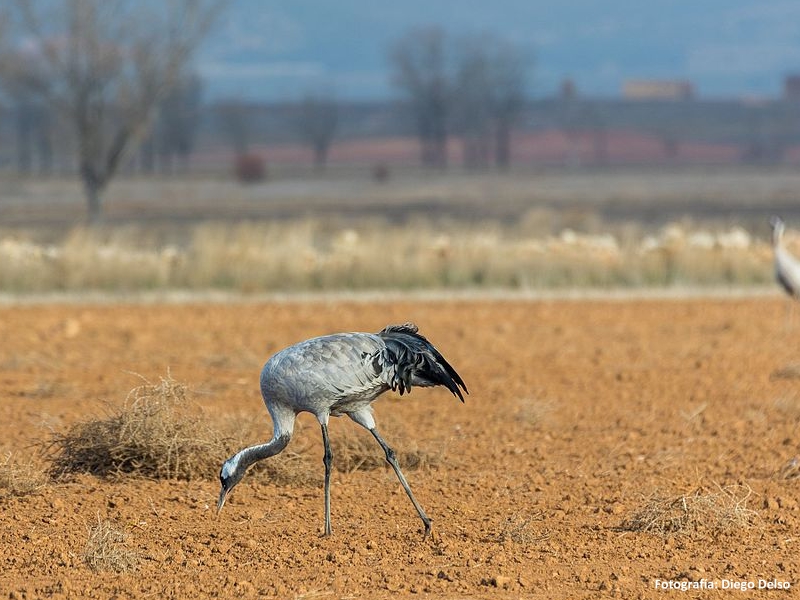 Pilgrimage of the Milagra
Scroll to top