The mountains of Toledo and the region of La Jara are relaxed and rugged to offer their own and strangers not only a beautiful landscape, but a challenge. The rewards for the effort invested in Toledo’s natural routes are everywhere. From the solemn solitude of a deserted spot to the small urban nuclei dotting the slopes.

Leaving the capital of the province of Toledo, behind its variegated monumentality, its profuse architectural legacy and the throbbing of its streets, the visitor is overwhelmed by the pleasant feeling of traveling nowhere. This unique sensation, in the midst of nature, only fades when, as by magic, small urban nuclei appear on the horizon.

The landscapes of Toledo invite you to seek the treasure or to find oneself in serenity. La Jara borders the mountains of Toledo and the Sierra de Altamira. The eastern boundary of the region is the Pusa River. Any itinerary that can be undertaken between the vertices is enriching.

From Puebla de Montalbán access to the swamp of Castrejón and from it, to the ravines of Burujón. The reddish earth and the gorges that precipitate over the waters of the Tagus make up the typical landscape of the Burujón ravines, gullies licked by water. And beyond the rocky cuts, the blue sky whose color competes in intensity with that of the water.

There are No paths to explore these prodigious edges of nature, covered with sparse vegetation. The visitor must accept his defeat or admit the supremacy of nature and be content – which is not a little – to observe the phenomenon from a distance.

On the other side of the reservoir grow the shrubs of the reed, ecosystem that protects the presence of large numbers of birds, including herons, cormorants and seagulls gulls. It is worth defying the extreme climate characteristic of the region to observe in winter carefully the varied communities of migratory birds that shelters the environment.

Melque, in the footsteps of the Visigoths

The region of Jara has numerous remains of Visigoths, in excellent condition in many cases and in others, restored with care.

About fifteen kilometres from the town of Menasalbas you will find Melque. The enclave startles the visitor in the first contact. Already from the road appears on the right hand and suddenly the castle of San Martín de Montalbán, a fantastic fortification with a perimeter of 700 meters filled with Templar winks, its builders after the reconquest of King Alfonso VII of Castile.

It impacts the majestic altitude of its entrance arches. Its inner labyrinthine, full of nooks and crannies, feeds the legend and unleashes the imagination. As an inevitable fact, the visitor glimpsed to see the becoming of monks and Knights Templar walking through their passages.

Very in the style of the Noble knights of the Temple, two of the towers of the fortification have pentagonal forms, geometric form linked to the starry staff which in turn two of the towers have pentagonal forms, geometric form linked to the seal of Solomon or starred Pentagram. From the inner courtyard of arms you get a splendid view of the whole, only comparable to the panoramic view of the ravine of the Torcón River that can be admired from the north facade of the castle.

Just a kilometer and a half further down the road towards San Martín is the Visigoth Church of Santa María de Melque, from the 7th century, a temple that was part of a monastery that was plundered. The Arab invasion led to the inclusion of mozarabs elements, as well as the adhesion of a tower that militarizes the whole.

The municipality of San Pablo de los Montes is the highest urban enclave of the Montes de Toledo. Charming and simple paradigm village of the mountainous architecture is located only one kilometer from the hill of Mora, where the ruins of an old monastery are found and very close to this one, the hermitage of the Fuensanta. Mountain Top, you will find the baths of the Robledillo, whose goodness are legendary in the surroundings. 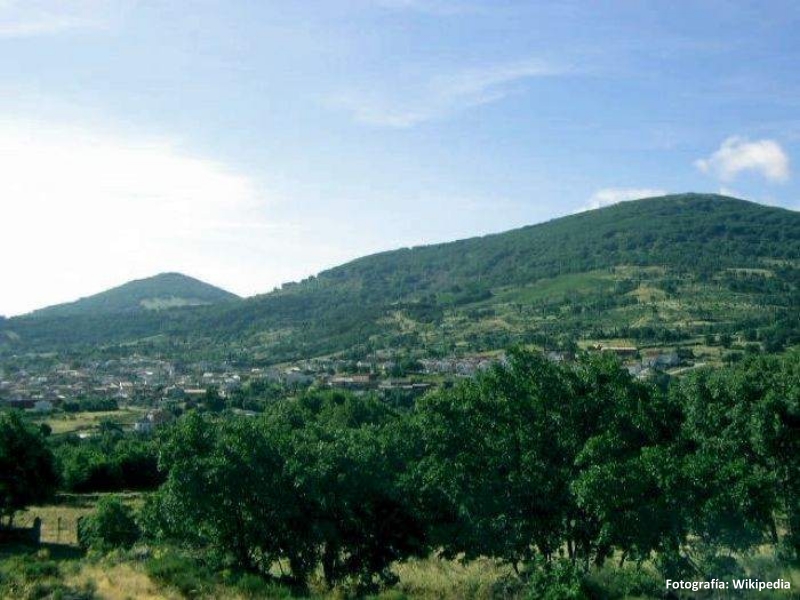 Fossil footprints of giant sea worms in the Cabana Park

Prowling with the cabana men, by the ways of Knights Templar
X
Scroll to top