This is what the director of the excavation has indicated, Jorge Morin, during a press conference in which he has been accompanied by the vice President of education, Culture, tourism and sport of the deputation, María Ángeles García; The mayor of Orgaz, Tomás Villarrubia, and the councillor of Culture of the city of Orgaz, José Luis Ruiz.

Morin has explained that “the great novelty” of the works has been the emergence of a single nave church, which would also be vaulted and found “practically intact”. The church would not have access by the feet and is formed by a portico on the north side and a portico on the south side, which indicates, according to Morin, that it would be the “second phase” of the palace, of the end of the 6th century and the beginning of the 7th century.

At first, they had been inclined by the possibility that the building of the church would be a “donation of a particular, of an aristocrat”, which would turn the palace into a monastery, so it would be “a monastic church”.

However, when they have taken photographs of the space they have realized that by having other buildings to the south and a dike, it could be a “own church” that formed part of a “unique villa”, and that would be the novelty of the whole, according to the archaeologist.

“A lot to discover”

On the other hand, the Vice-President of education, culture, tourism and sport of the Diputación-institution that has collaborated in the financing of the works with 20,000 euros-has shown his “Pride” for the revival of this project, which was 40 years “dormant”, and has Declared that the deputation will continue collaborating with the city of Orgaz in the recovery of this area visigoth of the province of Toledo, where “there is still much to discover.”

In addition, the delegation will collaborate in the signalling of the site and in the elaboration of a guide that allows to carry out the route of the same one, according to Maria Ángeles García, who has pointed out that, in this way, it is “more comprehensive” for the Visitors and will highlight the tourist attraction of the place.

“This space has to be a great cultural tourist reference” and “we must work on this important project, which is the Visigoth footprint of the province,” said the vice-president, recalling also other projects such as Santa María de Melque, San Pedro de la Mata And the Treasury of Guarrazar, which has described as a “dynamising element” for the economy of the province.

On his side, the mayor of Orgaz has declared that they are “making history” and a “re-reading of the History of Spain”, ensuring that the findings in the deposit have placed Toledo “on a map that did not exist” with this building of the 6th century.

Villarrubia, who has appreciated the collaboration of the archaeologist Luis Balmaseda, who worked in the field in the years 70 and 80, has valued that Morin bring the discovery of ‘ the milestones ‘ to the main international congresses of medieval history to put those Finds “in the world”. The excavations will continue between May and October of 2017 and in 2018 they envisage elaboration of a more “exhaustive and informative” document, which offers a “much more rigorous” explanation, as the first mayor has finished. 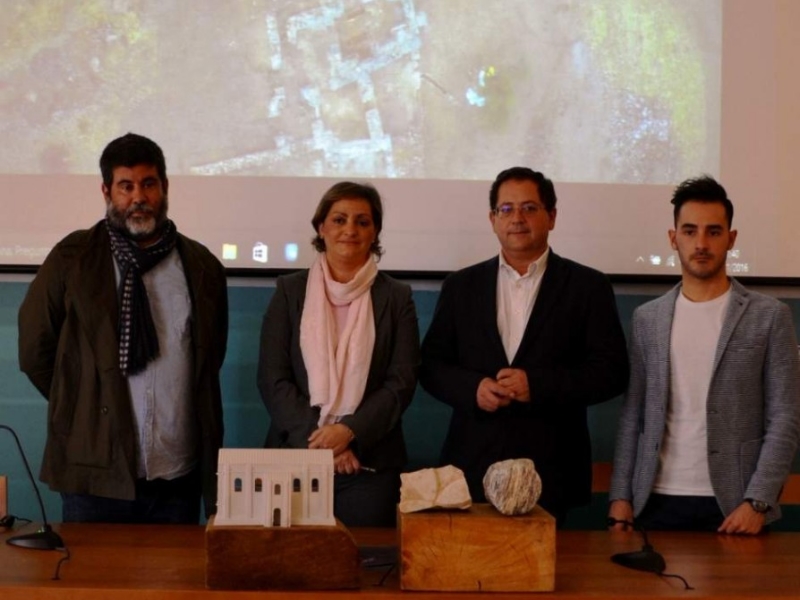 The national park of Cabanars will be an increasingly frequent destination of...

The feast of the Olive tree
Scroll to top